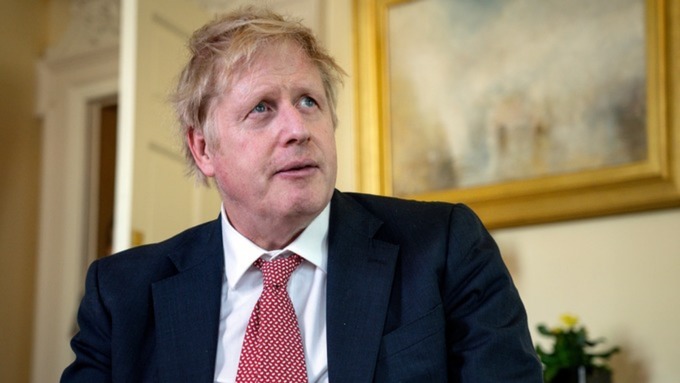 Death has a curious way of affecting opinion on public figures – at least when viewed through the admittedly dubious lens of a media narrative.

This is perhaps understandable. After all, what more emotive subject could there be to tug on the collective heartstrings than one concerning a very public life being snuffed out before its time? Whether you loved the individual in question or became agitated by the mere mention of their name, once that vicarious journey slams unexpectedly to a halt it feels churlish to offer up even the mildest of criticism. Wall to wall veneration becomes the order of the day – whether that be from the shocked and sympathetic public or the brazenly cynical media hoping to eke out as much mileage from the tragedy as possible; even if that means performing a judgement u-turn so vast it’s visible from the far side of the galaxy.

As inadvertently cynical as my tone may appear, I do get it. Death is a grisly subject and the finality it brings can lead to even bearing witness to a close encounter scattering your emotions far and wide across the spectrum.

However, that’s not to say we can’t sometimes find ourselves guilty of sanctifying the unfortunately stricken individual to a nauseatingly absurd degree.

Surprisingly enough, it’s actually not Jesus to which Allison Pearson is referring to here – rather Boris Johnson; a man with a such a long list of calamities and moments of shame it stretches around the Earth’s equator twice.

However, putting personal opinion and diametrically opposed politics to one side, there’s no doubting that Boris Johnson was dangerously ill with the coronavirus – and, in a moment which provided a refreshing demonstration that simple human empathy hadn’t quite abandoned the general public at large just yet, people of all political stripes stepped up to wish the Prime Minister well.  The emergence of Covid-19 hasn’t just sparked a national crisis, it’s caused the entire planet to grind to a halt. Nobody is immune, nobody is safe and everybody’s life is now haunted by the lingering worry that some of our loved ones might not make it through to the other side of this. If ever there were a time to put personal grievances to one side for the greater good, it’s now.

Fortunately, despite being confined to an intensive care unit for a couple of nights, Johnson did indeed survive and is currently undergoing a period of recuperation at Chequers.

Less fortunately however, is the manner in which his illness and recovery have been hijacked – for both the purposes of political capital and to serve as a totemic success story to divert attention away from a back catalogue of confused leadership, dereliction of duty and a crisis which is now severely out of hand.

The coronavirus pandemic has perpetuated a desperate struggle, the likes of which the majority of us have never witnessed. This, combined with the fact that we’re still mired somewhere in the middle of an ongoing emergency with no known conclusion on the horizon, makes it rather difficult to predict what the overarching story of Covid-19 in Britain will actually be – which leaves a tantalisingly blank page on offer for anyone who wishes to slant the upcoming history book in their favour.

So it comes as absolutely no surprise that Boris Johnson, purely by the virtue of surviving the coronavirus, is being painted as a quasi messianic figure whose personal victory over the disease somehow equates to Britain scoring an overall win, regardless of how many dead bodies pile up around him.

This rather callous descent towards the realm of cynical spin was always inevitable. Not least when you consider how the government initially handled the coronavirus outbreak – specifically by doing absolutely nothing while subtly attempting to sell the sinister notion that the “herd immunity” approach was a good idea; clearly unconcerned that this would lead to countless preventable deaths.

“We’re following the science” it was claimed, which isn’t the easiest claim to dispute as a layman. Though it was rather disconcerting to see that no other nation in the world was following the same science as we were – not to mention wasting little time in implementing strict and coherent lock-down measures.

When it became clear this strategy was heading for unmitigated disaster, the government changed approach. However, no sign of humility or contrition was on display – rather they made the peculiar claim that “the science changed”. Conveniently enough to the same science most others were utilising weeks before.

Even when the lock-down was finally imposed on Britain, it was ramshackle. Effectively starting life as advisory rather than a state imposed restriction, this confusing, ham-fisted attempt at leadership reached a crescendo of abject absurdity the moment Boris Johnson’s own father appeared on TV to undermine his son’s advice less than 24 hours after it was issued – which isn’t a sentence  that should appear when writing a retrospective of competent government strategy.

Furthermore, such critique makes no mention of the grim fate being experienced by NHS workers. Despite having no choice but to literally face down a highly contagious illness, many have been forced to go without basic PPE on account of a startling lack of availability. Rather than admit any culpability for failing to properly equip an organisation they’ve been gutting for a decade, Health Secretary Matt Hancock opted to suggest that the NHS staff were at fault for not utilising what was available in a suitably economic fashion.

Naturally, such a slight was PR suicide for the government – so it must have come as a considerable relief that the media were more interested in the fact that Boris Johnson was binge watching Lord of the Rings.

It has to be acknowledged that we’re currently living through unprecedented circumstances in which the occasional strategic misstep is somewhat of a bleak inevitability – but that doesn’t mean it’s time to treat the government with kid gloves and award them a suitably naff “I tried my best” badge.  At the time of writing, there have currently been 11,329 deaths in the UK from the coronavirus – and that only accounts for those who died at hospital. They must be held to account – with the piercing, concise and constant opposition a genuine life or death situation demands.

However, given that the actual death figure is likely to forever remain a chilling mystery and the nations media is singularly enthralled by the individual survival of Boris Johnson, while barely paying lip service to the thousands no longer with us, the full spectre of what still faces us remains unclear.

In such uncertain times it would be of substantial comfort to be able to trust in our government – but, owing to their tendency for evasive sophistry and a pliant, sympathetic media all too happy to obfuscate, it just gives the distinct impression that they’re hiding something.