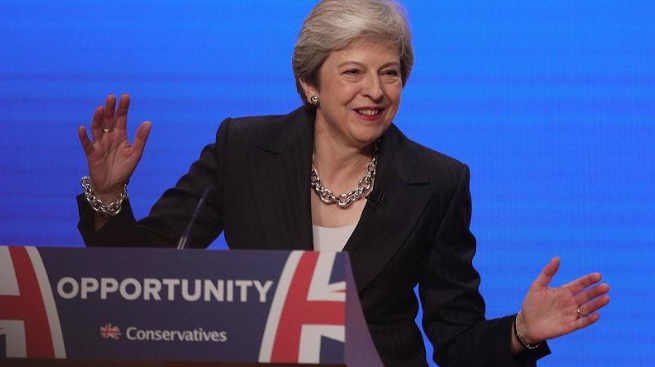 Can you believe it’s been 1,000 days since we voted for Brexit? You know, that bold act of defiance against the nefarious establishment, where the disenfranchised majority seized back control of our laws, money and borders via a long awaited uprising of accountable democracy?

Given it was sold as a monumental moment of unprecedented triumph, you’d think the following journey would be one steeped in glory – as our swashbuckling nation forged its own path in this brave new world of nationalistic pride and a mandatory five portions of sovereignty per day for all citizens.

However, as with all decisions made at the behest of a spurious propaganda campaign, the cold, bitter reality rarely matches up with the fanciful proclamations of a tweed clad monstrosity. Which probably goes some way to explaining as to why, rather than basking in the majesty of a prosperous utopia as Jean-Claude Juncker hand waxes our Aston Martin, we’re currently staggering around in a confused stupor, drunk on the fumes of cognitive dissonance which have forever engulfed the Brexit debate and left us stumbling haphazardly along the edge of the precipice.

The miserable tale behind this excruciatingly overlong act of unnecessary national suicide is as grim as it is unfathomable, with staggering complacency and stupefying incompetence punctuating every plot point – each leaving a distinct yet indelible stain upon Britain’s global reputation.

The naivety was with us right from Brexit’s inception. David Cameron, thinking he could somehow resolve decades of Tory infighting, decided to call a referendum on our EU membership. Risky strategy, especially considering how our involvement in the union had granted Britain a powerful voice in the world of global diplomacy; but not to worry – Remain would win so it’d all be fine. At least until Remain didn’t win and suddenly everything fell to pieces. Many suspected that Cameron would now live to regret his folly – only we never really got to find out as, on account of having no actual fallback plan should unexpected failure occur, he promptly fucked off to live out the rest of his days in a shed.

National crisis? Perhaps, but such instances of governmental calamity were mere child’s play when compared with what was to come.

Through a series of bizarre events, within which the proverbial knife in the back became a prevailing motif as close chums Boris Johnson and Michael Gove demonstrated that the real meaning of friendship is only understood by way of brutal betrayal, Theresa May took the helm.

This raised eyebrows as May had backed Remain – which was likely the motivation behind the decision to transmogrify herself into the wretched, cretinous platitude spewing ghoul of farcical intransigence we know today.

“Brexit means Brexit” she proclaimed, apparently oblivious as to the notion of using the very word you’re attempting to define in its own definition being an utterly worthless practice. When understandably pressed for clarity, we were told that Brexit would be “Red, white and blue”, May again failing to appreciate that issues of unprecedented economic complexity can’t be magically solved through the dubious magic of selecting an appropriate colour scheme.

Senseless to the point of being infantile perhaps, but Theresa remained unmoved. Coherence be damned, the people had spoken in 2016 and she had to deliver Brexit – irrespective of whether anyone could actually explain it or not.

So off we went. With an ever befuddled leader and prominent Brexiteers in key cabinet positions, our nation embarked on its journey towards an indescribable destination. Sure there were plenty of pesky naysayers out there, eager to piss on the bonfire of unfounded belief, but what did they know? They were clearly embittered Remainers and their lack of compliance was apparently tantamount to treason, so why should May worry about them? Besides, having kitted herself out with a rucksack stuffed with meaningless slogans and blinkers designed to shield her gaze from a shifting zeitgeist they could easily be ignored.

Unfortunately for Theresa May, the one thing she couldn’t protect herself from was her own crashing ineptitude.

Starting from a position of parliamentary strength, May’s first masterstroke was to call an election. The plan was to cement her authority, in the process granting Theresa May the image of an inspirational leader the country could unite behind – and it would have been a good plan, were it not for the fact that its success entirely hinged on Theresa May being in any way plausible as an inspirational leader. So it failed and her majority was lost – because she’s Theresa May.

Her cabinet of misfit toys didn’t fare much better. While there was a certain logic in installing David Davis and Boris Johnson in important positions, allowing them to back up their pre-referendum bluster with credible results, the overriding logic regrettably indicated that their innards were comprised entirely of shit and they’d scarper back to sidelines the moment that inevitable shadow of accountability crept too close – which proved to be the case when they scarpered back to the sidelines, allowing them to return to their previous occupation of pretending to have all the answers without any actual power to put them to the test.

The public meanwhile watched on, our minds rife with bemusement and trepidation as this car crash of an administration bumbled ever onward, ploughing head first into one chasm of inescapable reality after another.

Was it really a surprise that the eventual, ramshackle deal May managed to cobble together was a pitiful boondoggle which pleased absolutely noone? Is it any wonder that we’ve arrived at endgame with a lamentable choice between miserable failure or cataclysm failure, teetering at the edge of the no deal abyss with the only celebratory voices being those of the ideologically deranged or disaster capitalists seeking to make a quick buck off their own nation’s demise?

Yet Theresa May remains, detached from the populace and having alienated Parliament, insisting that Brexit remains the only way forward, lest she fail to deliver not only the indescribable, but the impossible.

Well unfortunately for May, she has failed. We’re well past the point where we can delude ourselves into thinking that eventual triumph is but one crafty manoeuvre away.

Though in truth, victory was never on the cards. Brexit has ultimately been a failure right from the very moment it was conceived. Cameron failed to contain it, the Brexiteers failed to explain it and Theresa May failed to deliver it. Now all we have left to look forward to is the indignity of millions of pennies raining from the sky as, one by one, citizens have to reluctantly accept that humiliating failure was the final destination all along.

If only someone had said.